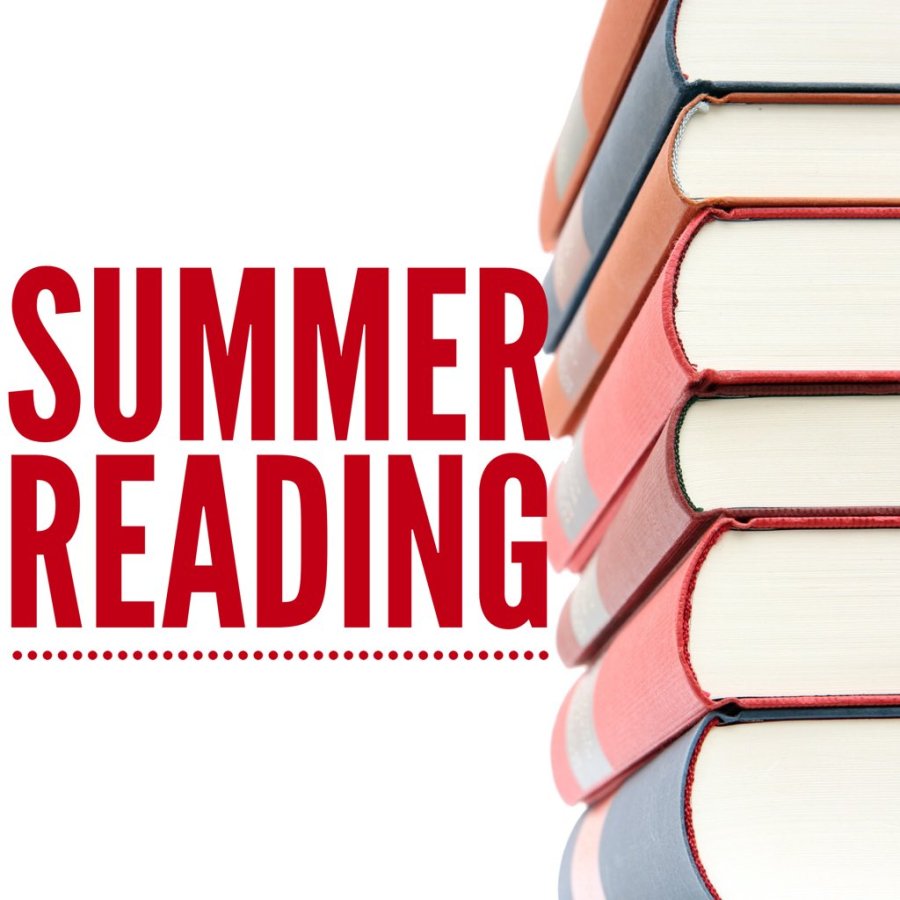 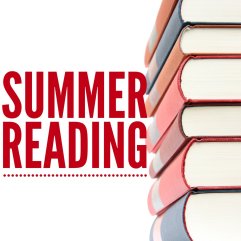 We’re posting some summer reading suggestions from some of our contributors here at DSR. These are recommendations that we want to share with you to hopefully point you to some good books, as well as let you get to know some of our writers a little better. These recommendations will be made up of both old and new books from a variety of genres.

Here are the other recommendations:

Today’s recommendations come from Obbie Todd. Obbie and his wife Kelly live in Baton Rouge, Louisiana where he serves as the Associate Pastor of Students for Zoar Baptist Church. He is a doctoral candidate at New Orleans Baptist Theological Seminary. You can follow him on Twitter at @obbietyler. His recommendations encourage you to take some time this summer to dig into some great books on church history.

Church history is about more than history. As Sean Michael Lucas reminds us, “church history forces us to own our theological commitments in ways that are pastorally healthy. We are forced to think through how our view of God, humanity, justice, sin, redemption, and eschatology inevitably affect the stories we historians and pastors tell and the ways we tell them.” (“Church history as a pastoral discipline”) For young pastors as well as old, often times the best way to imbibe and absorb biblical theology is by examining its development through the God-ordained medium of the church. For this reason, I propose that the summer of 2016 be one of church history. The following are ten books that I have read in the past year that have positively influenced my thinking both as a pastor and as a young theologian. This, after all, is the task of church history. The following list is for the avid reader – one who can use these 10 incisive volumes to supplement his or her regular reading of primary sources. 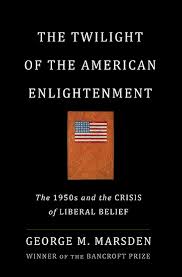 1. George Marsden, The Twilight of the American Enlightenment (2014)
This work was awarded the prestigious Bancroft Prize at Columbia University. Marsden, perhaps my favorite American historian, looks back at the tremendous optimism of the 1950s and asks the question: Why? Mainstream Protestantism retained its preeminence in American public life, and that consensus seemed to balance well with modernity. Marsden’s book not only examines the 1950s, but it also looks at the present-day and seeks to bridge the cultural and religious gap. The brilliance of this work is found in its description and prescription. Is inclusive pluralism even feasible in 21st century America? Through history, Marsden maps out an extraordinary answer. It may surprise you. 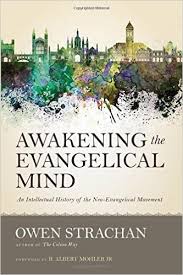 2. Owen Strachan, Awakening the Evangelical Mind (2015)
There are not many theologians that I could envision taking the reigns of a Southern Seminary after the fabled tenure of Albert Mohler. Strachan is one of these individuals. Mohler’s mentor, Carl F.H. Henry, was a part of a group of late-20th century theologians known as the “Neo-Evangelicals,” and Strachan tells the story of these “Cambridge evangelicals” in fantastic erudition. Perhaps the best contribution of this work is its ability to present to the reader his or her indebtedness to these men. Strachan also lays out his own vision for seminary education. As a Southern grad, I began to understand Al Mohler’s vision for evangelical education in a whole new light. (My Review) 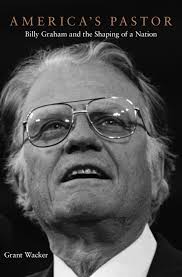 3. Grant Wacker, America’s Pastor: Billy Graham and the Shaping of a Nation (2014)
If any one man could be dubbed the “pope” of the Southern Baptist realm, it would be Billy Graham. However, in recent years, Graham has come under fire for his role in secularizing Christianity and his inclusivist definition of conversion. In this book, Duke historian Grant Wacker takes a very objective approach to Graham’s legacy and walks the reader carefully through his storied career. This work endeared me to Graham while also showing me his clear flaws. America’s Pastor does the work of church history in tempering our extreme reactions to one monumental figure such as Billy Graham. 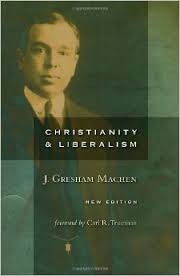 4. J. Gresham Machen, Christianity and Liberalism (1923)
As the last of the great Princeton theologians, John Gresham Machen (1881-1937) inherited a rich Presbyterian legacy bequeathed to him by the lions of orthodoxy, Charles Hodge and B.B. Warfield. For this reason, Machen’s definition of orthodox Christianity is one we should take seriously. This relatively short volume is one I intend to make mandatory reading for my church interns, due to its incisive look into the heart of liberalism and its many forms. Its central thesis is that liberalism is not simply an aberration of historical Christianity; it’s an altogether different religion. We need this book in 2016. 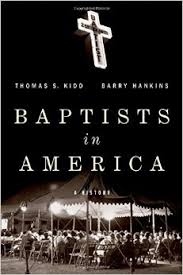 5. Thomas Kidd, Barry Hankins, Baptists in America: A History (2015)
Kidd and Hankins are both professors of history at Baylor University. What makes their partnership so effective in this work is their differing theological viewpoints. Kidd himself is a Calvinist while Hankins is a moderate. A history of Baptists almost demands both sides. The tagline in this volume is that “Baptists were once the ultimate religious outsiders.” While Kidd and Hankins work around this central theme, their real strength is found in offering invaluable lessons for Southern Baptists today as they navigate through turbulent cultural waters that once again pit them as “outsiders.” Baptists so badly need a history lesson, and this book is perhaps the best Baptist history I’ve ever read. Perhaps. 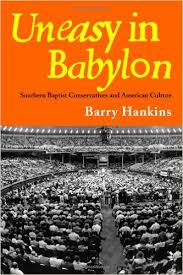 6. Barry Hankins, Uneasy in Babylon: Southern Baptist Conservatives and American Culture (2002)
This is the first book-length, scholarly work on the history of Southern Baptist conservatives. Hankins, a self-professed theological moderate, takes a fairly objective look at the crucial theological battles for America’s largest Protestant denomination – a denomination coming to terms with its own changing social identity in “Babylon.” For any Baptist pastor living in the South, this book is a must-read. Although his liberal-leaning presuppositions come out more than once, Hankins’ presentation of the conservative resurgence helped me to situate myself as a Baptist living in a post-1985 and post-1992 Southern Baptist world. Whether you’re Southern Baptist or not, or you simply read Gospel Coalition articles from time to time, this book will help present a developing picture of modern theological conservatism. 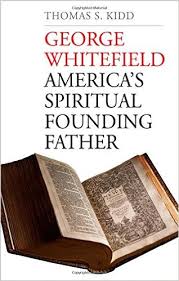 7. Thomas Kidd, George Whitefield: America’s Spiritual Founding Father (2014)
In his magisterial Preaching and Preachers, Dr. Martyn Lloyd-Jones remarked, “I know of nothing, in my own experience, that has been more exhilarating and helpful, and that has acted more frequently as a tonic to me, than the history of Revivals.” Thomas Kidd presents a fabulous picture of Whitefield that not only gives the modern evangelical an appreciation for American history and the evangelist’s key role in it; the book also cultivates a quiet hope for another awakening in this country. It’s a backward-looking…and forward-looking…intellectual biography. Kidd steers clear of hagiography, yet his evangelical leanings are obvious. It’s just hard not to be a Whitefield fan. (My Review) 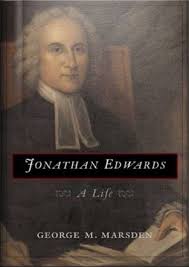 8. George Marsden, Jonathan Edwards: A Life (2003)
In his Desiring God, John Piper exhorts his readers, “For the good of your soul, I encourage you to read great books about God and about His people.” Marsden’s biography is a testament to the tremendous spiritual and intellectual influence one historical figure can have upon subsequent generations.  Jonathan Edwards: A Life is also the winner of Columbia’s prestigious Bancroft Prize. Although Iain Murray’s hagiography is stirring and devotional in nature (and one I give to my interns), it’s almost impossible to best Marsden’s biography of America’s greatest theologian. This is the biographical standard for our generation in Edwardsean studies. Marsden’s ability to capture the tension between revivalism and Puritanism is unlike any depiction I’ve ever read. His placing of Edwards in the context of eighteenth century America and trans-Atlantic evangelicalism, while painting such a detailed portrait of his personal piety, is unmatched. This is a must-read for any pastor and lover of God. 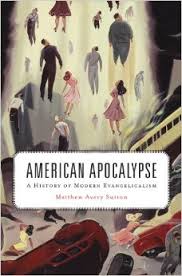 9. Matthew Avery Sutton, American Apocalypse: A History of Modern Evangelicalism(2014)
Decades ago, George Marsden’s monumental Fundamentalism and American Culture presented fundamentalism as a cultural phenomenon. Sutton’s book is a revision of that thesis. For any Christian who ever grew up in a Dispensationalist, Rapture-fixed church, this is a must-read. Sutton’s central thesis is that fundamentalism was primarily an eschatological movement, centered on the second coming. Perhaps his greatest strength is presenting the development, political implications, and the cultural mindset of an entire generation of American Christians who unknowingly subscribed to a variation of John Nelson Darby’s theological system. Even though I had some reservations about the central thesis, I loved this book. Eschatology has certainly shaped this country in some way, and Sutton affirmed this for me. On a lighter note, this book also features quite possibly the coolest cover I’ve ever seen. (My Review) 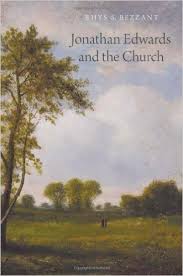 10. Rhys S. Bezzant, Jonathan Edwards and the Church (2014)
In recent years, there is a small temptation to separate Edwards the metaphysician and theologian from Edwards the pastor. This book is a wonderful reminder that the man who wrote Freedom of the Will also pastored a Congregationalist church for 23 years. True to his Puritan forbears, Edwards subscribed to practical divinity. I’m excited to be contributing a chapter in a forthcoming published collection of essay on Edwards with Bezzant. His writing is in plain style, yet able to deliver deep Edwardsean truths. In the realm of his pastorate, Bezzant’s presentation of Edwards’ postmillennialism and international evangelicalism are particularly novel contributions.