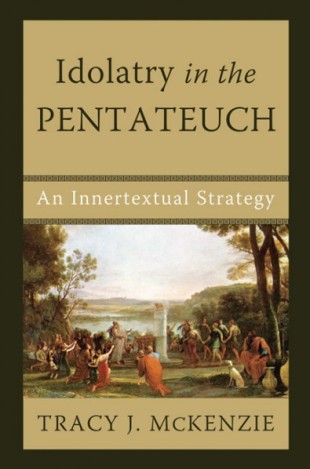 Tracy McKenzie teaches at the undergraduate program at the Southeastern Baptist Theological Seminary.  Idolatry in the Pentateuch is an interesting and well put together read.  Readers seeking foundational interpreting skills of the Hebrew Bible and solidifying their hermeneutic would gain greatly from this small informative book.  The final shape of the Bible is indispensable in acquiring the meaning of the text.  McKenzie informs us of not only the diachronic complexities in the composition of the Hebrew Bible but also its impact on how the Bible intends itself to be read.

In the introduction of his work, he surveys briefly the history of scholarship in how the OT studies evolved over time.  This is one of the best summaries I have had the pleasure of reading.  McKenzie explains how certain criticism isolated the text with disregard to the canon as a whole.  The HB on the macro level, as McKenzie argues, bears the interpretative intent which the authors had in mind, versus the micro proto-text analysis as early scholarship held.

Innertextuality is dependent on complexities in the text.  Apparent contradictions, repeated stories, even repeated phrases and odd verb forms can point to a diachronic synchronicity linking multiple texts.  Innertextuality is “understood as an intentional connection 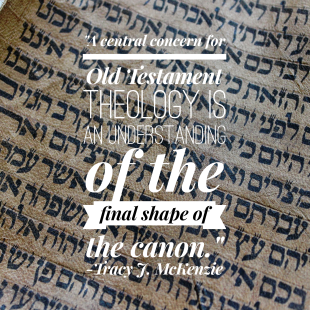 between texts in order to combine them into a larger whole” (28).  Each aspect of this definition is discussed throughout chapter one with various scholars’ approaches and theological intent from their linguistic strategies.  He also provides a helpful table at the end of chapter one with nine key points to diagnose innertextual links within the text.

The beginning framework of the book is intended to aid the reader in following McKenzie’s Exodus 32:7-20 and Deuteronomy 9:12-21 interpretive method.  Chapter two analyzes both golden calf narratives in detail partly exemplifying McKenzie’s own method discussed in the previous pages.  I say partly because he does not examine the impact this diachronic synchronicity has to the Pentateuch as a whole until chapter three.  The bending and twisting he guides his readers through is an evident artistry and his fine scrutinization is well labeled and clear.  He also gives his own translation of the text making it understandable to a larger audience. 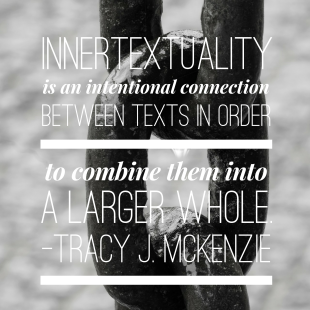 He gives his excurcus separate from his conclusion in the final pages of the book to seamlessly configure the detailed explanation of the golden calf narratives and the
relationship it has to the Pentateuch as a whole, as well as the canon as a whole.  Idolatry is a large theme in the HB.  The God of Israel is greater than any opposing deity as they are falsehoods.

If you would like to purchase Idolatry in the Pentateuch, you may do so here.

Billy Doolittle is a graduate of Boyce College and is married to Brittany Doolittle.  He is a member of Highview Baptist Church in Louisville, KY.  You can follow Billy Doolittle on twitter @BillyDoolittle